Our family was received into the Orthodox Church on November 23 and my little sister was there to snap 1200 photos which she then narrowed down to around 750 and I narrowed down further to around a hundred. I won’t post a hundred photos here. I will share some of my favorite moments though.

Henry was so excited about the water. He kept jumping up and down:

These two were so happy! It was great to see a smiling face whenever I looked over. 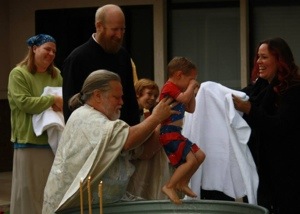 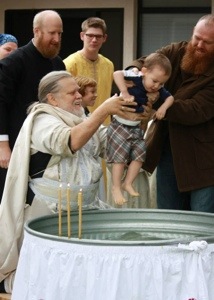 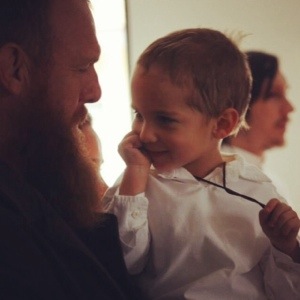 Stephen and Sarah go waaay back. Their grandmas were sorority sisters at USC. When we started looking into mainline churches four years ago, Sarah was one of the first people that suggested Orthodoxy. We are super excited to have them as Godparents to our boys. 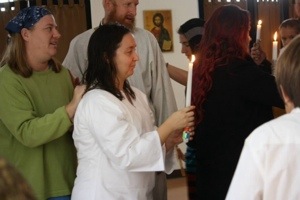 That’s my Godmother Heather with her hand on my back during a procession. I love her! She’s been such a great friend this whole last year of turmoil.

We “accidentally” met Fr. Moses and Matushka Ruth through mutual friends three years ago when his flight back to seminary was delayed. After all that we’ve been through with him it was just so amazing to watch him baptize our daughter. 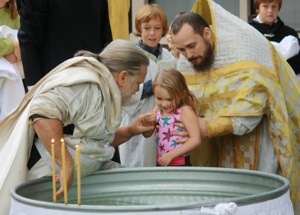 She was so happy and ready to be baptized!

I just love this picture of her during the procession holding Matushka’s hand too:

The candles are one of my favorite things in Orthodox churches. 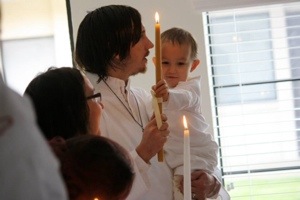 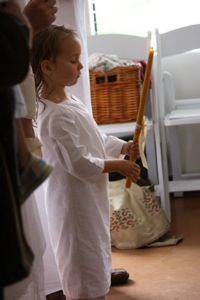 Once baptized, Stephen was able to go into the altar area. He came back out with the acolytes for a reading and the boys wanted to stand very officially with him to mimic them and the priests. 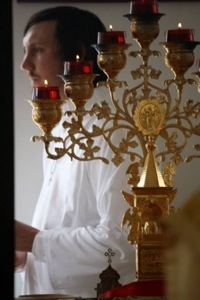 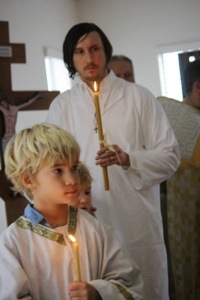 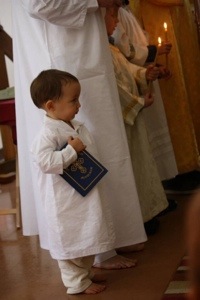 Of course communion was probably one of the most important parts of the service.

It really happened this time! Everything came together and we had a wonderful
community of loved ones surrounding us followed by a great party time afterwards.

This was Henry the next morning at Liturgy with his after party hangover: