A ballet costume for Bean’s doll

Last June I took Bean to see her cousins dance in their dress rehearsal performance. For weeks afterwards (actually it still occasionally happens), Bean and Sprout would pretend that her dark closet was the dark theater complete with an old adult Halloween costume that served as the curtains. The two of them would “dance in the theater” and clap for the performances. I managed to convince Stephen to sign her up for her first dance class soon after. This year Bean will get to dance in her first ballet performance along with her cousins and some friends of ours that are at the same studio. She is soooooooo excited and so am I.

They recently posted the costume photos for each class. Around this time, Bean was on a big “doll and me” kick that started just before Christmas. The doll has to do everything she does. It’s kind of cute, but has also led to some frustrations when “Lanie” isn’t ready to go when we are and there isn’t enough time to get her ready. Lanie even has her own ballet gear and has been to ballet class with us (thanks Aunt Ruth).

So, at some point I decided that I was either going to find someone on Etsy to make a copy of Bean’s costume or I was going to do it myself. I asked a few sellers that did American Girl clothes, but none said they were able to do it. So I did it myself. My original plan was to make the outfit in secret and then give it to her right before the recital, but Bean has been tagging along over my shoulder every step of the way. I may still put it away tonight after she goes to bed. Not sure.

Anyway, I finished it. So super excited about it and so is Bean.

After a couple failed attempts at using the official American Girl leotard as a template for Lanie’s costume, I wound up just pinning fabric directly onto her soft body. It freaked Bean out a little bit. She was afraid I was hurting her. 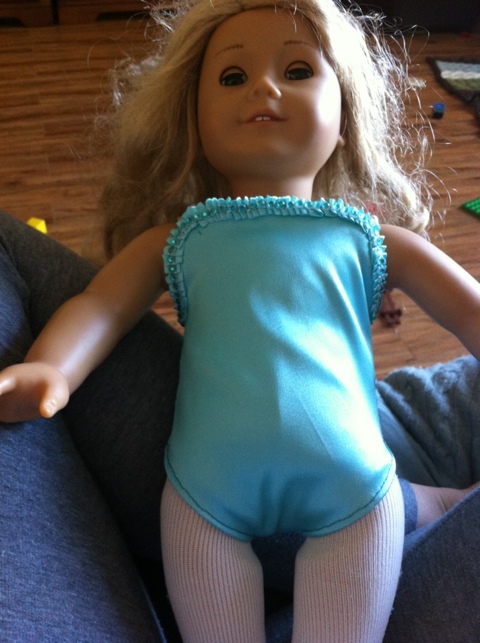 I completed the leotard first and then added the tutu.

Then I attached the pleated ribbon and rhinestones to the edge. 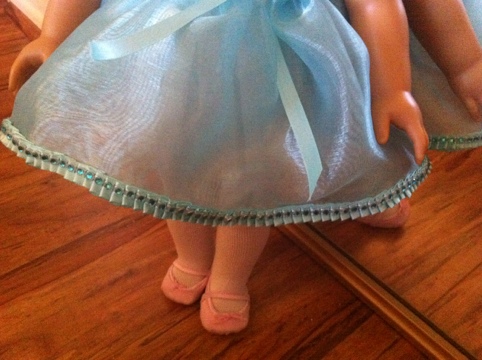 Finally I added some embroidery to the bodice. 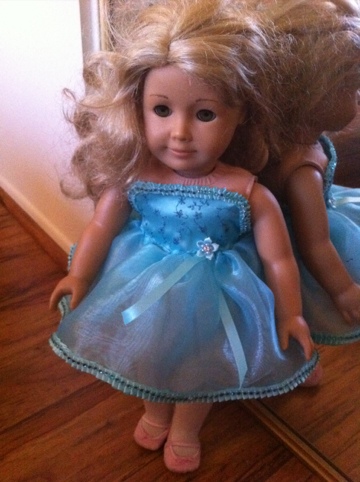 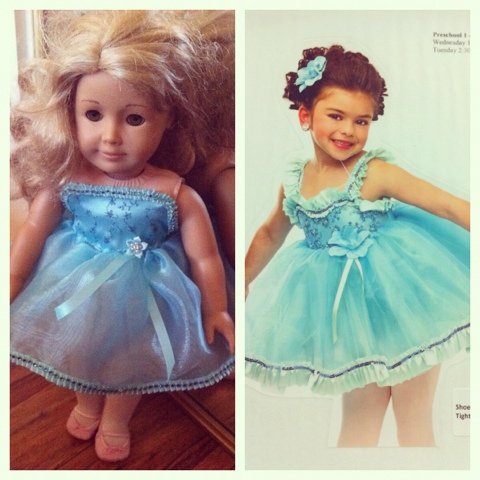 Bean’s doll and the photo of the costume she’ll be wearing in the show. I originally planned to do the straps too, but I ran out of ribbon and I figured it would be easier for her to get on and off of her doll without them. 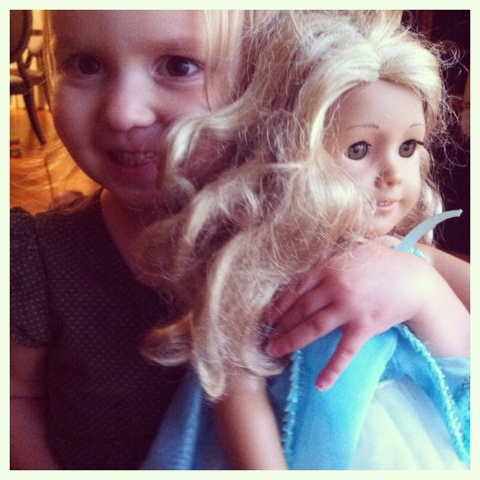 So happy and excited!

Looking very much like a proper ballerina in this one:

When the teacher turns her back, chaos ensues:

Today Bean started up dance class once a week. She’s enrolled at the same studio that her cousins dance at. In June, we went to see her cousins do their dress rehearsal for the big end-of-the-year show. Ever since, both kids can’t stop talking about ballet, singing about ballet, dancing around our living room while singing about ballet, and playing a game they invented called “fee-a-ter” (theatre) that involves going in the dark closet (the theatre) and putting on a big dance show.

A few weeks ago, I got all the ballet stuff we’ve been handed down from the cousins. I’ve done nap checks since then where I discover Bean passed out on her bed wearing all three of her leotards, tights and tap or ballet shoes.

All the little girls were so cute today for the first class. I can already tell that the teacher is so great with the kids. Totally amazes me how she handles and organizes that many preschoolers.

Bean is second from the left.

Bean was very impressed with herself in the huge mirrors, a little too excited to be part of circle time here.

I didn’t get to watch much of the class, Sprout was running all over the place and trying to dart into the class whenever the door opened. Which prompted the teacher and receptionist to tell me how much boys are always needed for partnering work, etc.

Bean had so much fun. She loves her teacher too.

“We did the hokey pokey song, Mama, that’s what it’s all about!” 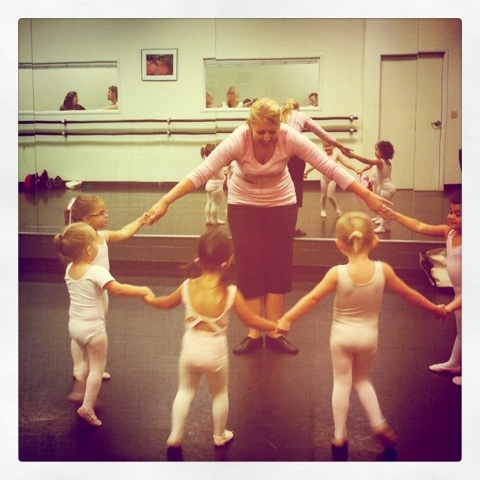